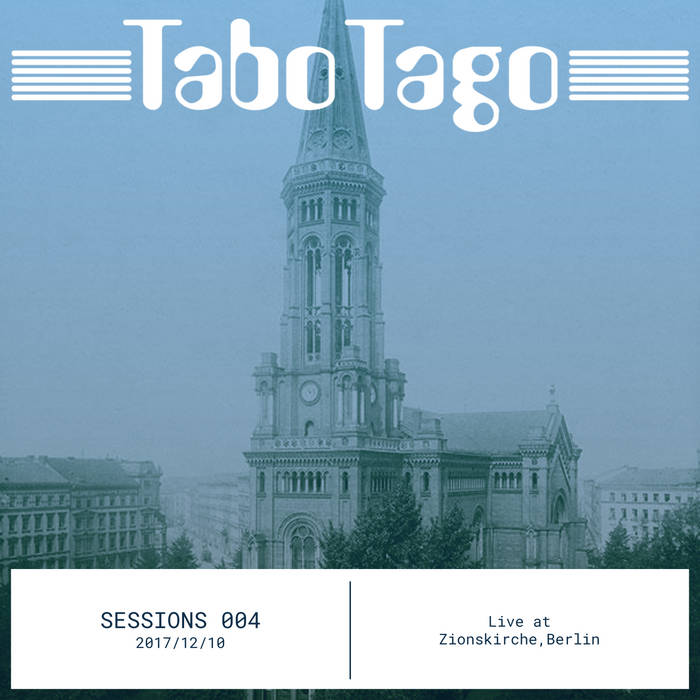 recorded live on December 10, 2017 in the Zionskirche (Church of Zion), Berlin, Germany

In December 2017 TaboTago was invited to perform at the Zionskirche, a very history-charged place, as well as a renowned venue for contemporary music.

The band performed a set that discloses how they actually are to be considered as an Edgar Froese and early Tangerine Dream Tribute project.
It is not only about electronic devices and sequenced ostinati of electronically generated sounds, it is more about progressiveness out of a awareness of history and contemporary art, as well as there is a certain sense of minimalism, transcendency and overwhelmingly eeriness.

TaboTago is all about experimenting, playing and performing electronic music together. A lot of material has been created during live concerts and recording sessions over the past years, still ongoing in the present.
We want to make this material available to our audience in a monthly issued TaboTago Sessions Series. Since the music presented here was played mostly under live conditions or similar, we think the production quality should represent those particular circumstances. Consequently, the tracks were left basically raw, with little to no editing and post production, which sets the TaboTago Session Series apart from our official releases.

We sincerely hope you will enjoy the time listening to our musical diary...or more timely put, to TaboTago's audio blog!

Mixed and mastered by Markus Reuter


a special thank you goes to Kerstin Walter