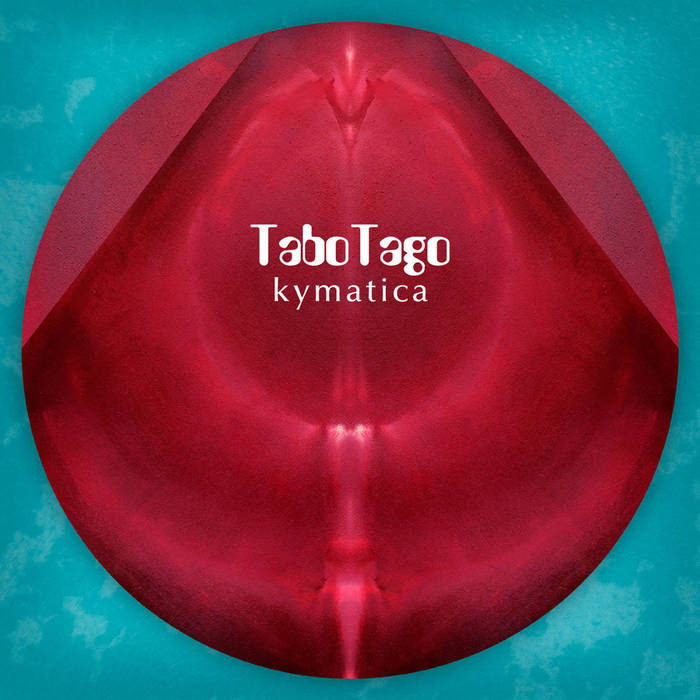 Kymatica is a journey back in time with one foot firmly in the future. To Berlin-based trio TaboTago, the years between Tangerine Dream's monolithic album "Zeit" in 1972 and the controversial fusion experiment "Cyclone" towards the end of the decade still provide plenty of inspiration. Over the course of many sessions and private concerts in a basement on Taborstraße they manage to crack the code which allowed Tangerine Dream to build epic and complex sound worlds while using synthesizers and early electronic equipment. Starting out as a cover band, it wasn't long before the band applied their secret knowledge to the six pieces of original material on debut album "Kymatica".

In the spirit of the originals from the 70s and performed on current digital gear as well as on analoge synthesizers, these up to 11-minute long tracks occasionally sound like undiscovered Froese recordings from the vaults. Partly, this impression can be attributed to the fact that, similar to the techniques used by most krautrock bands at the time, all of the tracks were edited from live studio sessions, using no overdubs and very little post production. The band also regarded it vital to replicate the deep and warm sound of Tangerine Dream's 70s productions. To this end, using specialised software, they created a 'sonic fingerprint' of the classics and then applied this equaliser setting to their own music.

Despite these references to the past, the individual voices of the musicians remain clearly audible. The most striking example is centerpiece "Antares", on which Reininghaus builds a breathtaking melody on a bed of mesmerising harmonics and chord structutes shifting at a glacial pace. The grooving bassline underpinning "Satyr", on the other hand, reveals an interest in modern electronica – before the track suddenly changes direction, turning into a bizarre soundscape in the later stages.

Mixed and mastered by Markus Reuter using a Moon by Simaudio Neo 230HAD headphone amp/DAC.